AB Dynamics is working with WTD 91 and IABG to demonstrate that its driving robots can control a range of vehicles, including tanks, with the required accuracy for durability testing.

BAAINBw is responsible for equipping the German Armed Forces (Bundeswehr) with modern weapon systems. The German Armed Forces is the second largest in the European Union. LEOPARD 2 is one of the German army's main battle tanks, it weighs over 60 tonnes and is almost 10 metres in length. The tank is armed with a 120mm smoothbore cannon and powered by a V12 twin-turbo diesel engine.

Steering and pedal robots were supplied by AB Dynamics to fit in the compact cabin of the LEOPARD 2 Demonstrator. WTD selected AB Dynamics' robots based on their proven robustness from extensive use in automotive durability and misuse testing. The company has been using AB Dynamics' driving robots since 2012 after multiple driverless test systems were supplied and fitted into wheeled military vehicles. Using AB Dynamics' accurate and reliable path-following system, the vehicles travel continuously over a range of brutal tracks designed to accelerate the wear of the vehicles. This arduous endurance testing cannot be done continuously using human drivers.

WTD will be using these robot-controlled tanks as moving targets on their outdoor firing range. On smooth surfaces, accurate control of LEOPARD 2 Demonstrator using AB Dynamics' path-following system is comparable to regular vehicles at a few centimetres. When navigating around ditches and winding tracks on rough terrain, the system achieved a lateral accuracy better than 20cm and a timing accuracy better than 200ms, with the 60-tonne mass being controlled to 0.5 km/h, with the fastest tank going at about 80km/h.

Frank Sander, Project Manager at IABG said: "We needed a reliable and cost-effective solution to perform safe, exact and repeatable verification of precision air-to-ground missiles and AB Dynamics provided this for us.

"The team at AB Dynamics are experienced and able to find solutions to our problems, and the high level of accuracy provided by the system was much better than we expected."

AB Dynamics is working with other defence companies on similar projects. The range of products can be used for other applications like sine-dwell, fishhook, brake development and many more. 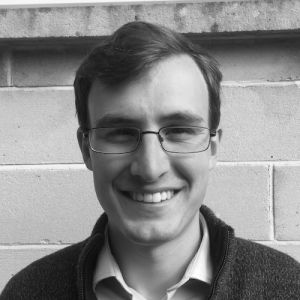 About the author Ian Faulkner

Ian Faulkner joined AB Dynamics in 2017 and now works as a Senior Project Engineer. Ian’s team has a focus on Driverless developments, in particular on expanding the capability of our own Driverless systems, developing testing for future autonomous vehicles and working with a growing range of customers on special projects. It is Ian’s job to ensure that our Driverless systems continue to meet our customers’ ever evolving needs and to work alongside new users to adapt our systems to their wide range of interesting applications.