Ann Cherry has been working at AB Dynamics as Chief Analyst for the past 22 years.

What made you want to become an engineer?

I don’t think I ever decided to become an engineer. I fell into it by doing what I enjoyed and was good at. I started with a maths degree and quickly specialised in dynamics and control. My first job was at Rover where I spent several years in design analysis and then did my PhD. I have stayed in the automotive industry ever since, with a brief stint as a lecturer at the University of Manchester. I have spent the last 22 years at AB Dynamics.

What’s the best thing about working at AB Dynamics?

The variety and challenge of the technical work is what keeps me here. In the early days we did a lot of consultancy work, and so every project was different. Even now, I am lucky to be involved in the complete range of products we make, from control improvements and motion cueing for the simulators, post processing and model generation for our SPMM kinematics and compliance test machine and everything in between. My job entails solving challenging problems and I genuinely feel like I come to work to play.

What is the best part about working in engineering?

The people. Engineers, despite a bad press, are pretty good fun to work with. They don’t take themselves too seriously and can have a laugh and a joke.

What’s been your biggest achievement at AB Dynamics?

That’s a really difficult question, as there have been lots. Modal control which was successfully applied first to our Steering System Test machine (SSTM) to make it viable and subsequently to our aVDS driving simulator to significantly improve performance, plus the model generators for the SPMM were the most satisfying technically. The achievement that has been the most commercially successful was the path following algorithm for our steering robots which is also the basis for the control of all our soft targets and driverless test systems. The most unbelievable with hindsight was damper testing in the workshop whilst 8 ½ months pregnant!

I usually feel most pleased with the problem I have just solved and most irritated by the one I am struggling with.  The greatest lesson I have learnt is to trust that I will find a solution, however unlikely it seems at the time.

Females are not widely represented in the field of engineering, has this ever caused you challenges?

In the early days of my career, yes it did. There was an interview that started with “what will you do if you break a fingernail?” and one that was organised as a one to one in a private hotel room and would not be moved to a public venue. I didn’t get the first and did not attend the second. On a more practical level, I regularly had to use the gents’ toilets in my first job, entering with a loud “coming in ready or not!”

Despite these early challenges, I would say overall there have been more benefits than disadvantages. You always get remembered, and as long as you don’t do anything too daft that will count in your favour. 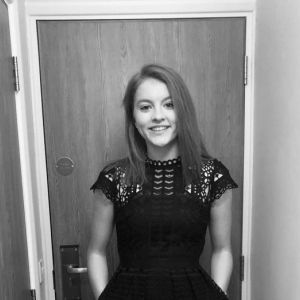 About the author Thea Davies

Thea Davies is the Marketing Assistant at AB Dynamics, her role includes growing and managing the company's social media, and developing marketing campaigns.