How much space do I need to perform ADAS tests?

One of the challenges of ADAS testing is ensuring you have the right amount of space when creating complex scenarios with multiple vehicles or soft targets. Higher speed ADAS tests require more space.

We've put together a guide of suggested minimum space requirements, so you know exactly how much space you need.

One of the most frequent accidents on European roads is car-to-car rear impacts. These often occur on the open road where traffic comes to a stop and the driver is not paying attention.

VUT = Vehicle under test – the vehicle tested according to this protocol with a pre-crash avoidance system on board.

VRU's include pedestrians, animals, cyclists and motorbikes. Testing involves longitudinal scenarios in which the pedestrian is walking in the same direction as the vehicle and lateral scenarios when the pedestrian crosses the path of the test vehicle. Incidents can also occur in low-light conditions therefore many testing scenarios reflect this.

LSS assists vehicles to stay in the lane when an inattentive driver unintentionally leaves the lane or changes lane into the path of an overtaking or oncoming vehicle.

AB Dynamics' GST can reach 80kph in as little as 150m using full throttle but we recommend allowing 200m for good repeatability and test planning.

The LSS test with oncoming GVT is a higher speed Euro NCAP test that requires the most space due to the GST needing a run-up and then area of steady state speed before impact point. 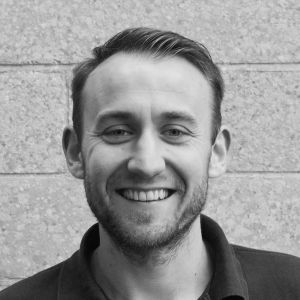 About the author Leo Evans

Leo Evans is Senior Project Engineer at AB Dynamics. After gaining a first-class honours degree in Mechanical Engineering at the University of Bath including a one-year placement undertaken at McLaren Automotive, Leo joined AB Dynamics as Project Engineer. His focus has been on our range of ADAS targets including the GST and he now has extensive experience in this area.