To keep pace with other countries at the forefront of AV development and to fully explore the opportunity that ICVs (Intelligent Connected Vehicles) present for the country’s industry, China has recently created national guidelines for the evaluation and testing of self-driving cars.

Unlike some other countries, China only allows manufacturers to evaluate AVs on the public highway once they have been issued a licence to do so. Permits are granted by third-party authorities that have been appointed by the government to certify testing in designated regions. For Shanghai, the exclusive supplier of licences is Shanghai SH Intelligent Automotive Technology Company Ltd.

SH Intelligent operates the first national ICV pilot zone authorised by the Ministry of Industry and Information Technology (MIIT). Since 2018, SH Intelligent has supported the Shanghai government, determining if a manufacturer can conduct AV testing on Shanghai’s public roads through its own comprehensive, on-track testing programme. Once clients are certified, they can test on 37.2 kilometres of the city’s roads, spanning urban main roads, secondary trunk roads and industrial parks.

Enabling SH Intelligent to conduct its certification process is a suite of products by AB Dynamics.

Dr Lin Li, deputy General Manager, SH Intelligent, has overall responsibility for AV testing and has worked in Active Safety development since 2009. Here, he discusses the challenges and the solutions facing the evaluation of autonomous vehicles in a highly populated environment where the expectation is that autonomous vehicles will very soon be the norm, rather than the exception.

What is driving China’s approach to licencing AV testing before evaluation is permitted on the public highway?

“Mainly, from the government and public’s point of view, it is the ideal way to ensure basic safety in public road tests.”

Why do international manufacturers choose to test in China, where certification is required, rather than in other countries?

“China already has a large amount of policies and measurements in place to facilitate and encourage the testing of autonomous vehicles and there is a network of dedicated, off-road AV testing centres throughout the country. Additionally, the population is known to be accepting of new technology, which is particularly important as China has potentially the largest global market for AV usage. Finally, unlike the US or EU, China has an incredibly complex road network which is highly congested with vehicles and pedestrians, the behaviour of which can be vastly different to what manufacturers may have experienced elsewhere in the world.

“Evaluation takes place at a government-organised testing facility. We are the sole provider of AV testing certification for Shanghai and our testing ground, named ‘A Nice City’, is China’s first and most advanced ICV (Intelligent Connected Vehicles) testing zone. The process involves testing the AV on track in a variety of scenarios, spanning normal driving – for example, following a car – and extreme situations, like cut-ins, where another vehicle changes lane in front of the AV. AVs can be assessed against 17 differing tests, incorporating nearly 100 test scenarios, with manufacturers choosing which ones conform to their requirements. For example, the 17th test certifies V2X (vehicle-to-vehicle / vehicle-to-infrastructure), but a vehicle without this technology may achieve certification if the selected tests are passed.”

How important is accuracy and repeatability to the testing process?

“It’s essential to ensure the test result is objective. For example, we repeat some tests as much as 30 times to ensure the results are consistent, so we can be confident the same result would occur in the real world. Additionally, the high levels of accuracy and repeatability allows us to conduct testing as efficiently as possible, which will prove even more important as AV testing intensifies. This is a notable reason why we use AB Dynamics products.”

What equipment is required to carry out the tests?

“We use a multitude of testing equipment to determine certification and, with what is potentially at stake, it’s imperative that we use the best available. Our preference for AB Dynamics products is influenced by the company’s reputation and the usage of its equipment by the world’s top 25 automotive manufacturers. AB Dynamics products feature when conducting almost all the 17 test categories. Presently, we have the company’s SR60 steering robots, GST (Guided Soft Target) and will shortly be adding LaunchPad.”

Watch some of the test scenarios used by SH Intelligent

Why, specifically, did you choose AB Dynamics equipment?

“Having the steering robot is essential for ICV testing, allowing us to precisely control the vehicle motion as well as stability. The GST is a key piece of equipment too. Its resemblance to a conventional car and ability to move freely up to 360 degrees provides a great deal of realism and flexibility when conducting test scenarios. We considered similar products but found GST to be the most stable. Durability is also impressive – we used the GST for more than 2,000 tests in 2018.”

Does the certification process benefit from testing equipment originating from a single supplier?

“Absolutely. The products are designed to integrate with each other, which in turn makes the proving ground more efficient and reliable. This is particularly significant now that AV testing scenarios are becoming more complex, involving more and more elements to replicate what may occur on the road. For example, with LaunchPad we will able to add a Vulnerable Road User (VRU), making them ‘alive’ and able to move 360 degrees like the GST. In future, we will use the steering robot, GST and LaunchPad together to build complex scenarios.”

How high is the demand to test AVs in Shanghai?

“Shanghai facility has issued the first licences for self-driving cars in China. Since 2016 we have catered for more than 60 clients, spanning automotive, transportation and communication industries. We have issued licences to SAIC Motor, NIO, BMW, Momenta, Tusimple and Autowise.”

As simulation becomes increasingly accepted in terms of testing, do you foresee it playing a role in your certification process?

“Currently, we are focused on actual on-track testing in our certification process, but simulation is something that we may consider, especially in relation to the efficiency gains that it could potentially generate, we employ simulation in our R&D testing. It’s highly unlikely that simulation will replace track testing completely – many of the various laws and guidelines we need to adhere to demand that vehicles are physically tested.”

AV development is growing at a pace, how will this affect your function?

“We can only see demand for certification increasing. As well as enhancing our test equipment, we will be mirroring the increase in demand with the growth of our capacity. The area we are able to issue certification for in Shanghai is where 40 per cent of China’s overall automotive research takes place. We are planning to expand this area so that it covers 60 per cent, which in turn will see us able to cater for AV-testing clients who were previously out of our catchment area. Ultimately, we also wish to offer certification that takes in different types of roads, such as rural as well as urban environments, and increasingly cater for commercial vehicles as well as cars.”

What will be the biggest challenges to your operation in the future?

“Without doubt, it is the creation of highly-complicated testing scenarios. Simply installing and calibrating the testing equipment to command and monitor several elements can be very time-consuming. In terms of this, the compatibility of our AB Dynamics products is a significant bonus.

“As we’ve mentioned, demand is also likely to increase. It’s a challenge we are prepared for and even though certification isn’t required for on-road AV testing in some other countries, international manufacturers still see China as an essential test environment. There’s certainly the belief by some that whoever wins in China, wins on the world stage.”

Shanghai SH Intelligent Automotive Technology Company Ltd. operates the first national pilot zone (A Nice City) in China authorised by the Ministry of Industry and Information Technology (MIIT). It is the only third-party that is authorised by the Shanghai government for autonomous driving license plate issuing. It has established a test chain for autonomous driving vehicles from simulation, VeHIL lab, enclosed test track and open track testing. Meanwhile, it leads or contributes to the creation of testing standards by industry bodies or associations, which include 5GAA, ISO and ISMTA, China domestic national standard working groups lead by CATARC, plus alliance standard. Together with the whole industry, SH intelligent is exploring the future of autonomous driving. 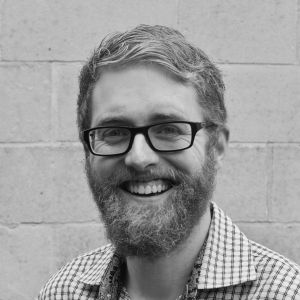