As the growing popularity of hybrid and electric powertrains leads to lower cabin noise levels, and often more complex drivelines, attention focuses on improving drivetrain refinement by reducing noise, vibration and harshness (NVH). Some companies are already ahead of the curve, using sophisticated NVH test techniques to ensure that the required refinement levels are maintained throughout the entire production run of assemblies such as axles, differentials and transfer boxes. One such company is Dana UK Axle.

A landmark was passed in 2018 when Dana UK Axle’s plant in Witton, Birmingham, tested its three millionth axle using its PLATO NVH system, originally supplied by AB Dynamics in 2004. The system has been providing 100% inspection of production axle NVH on a near 24/7 basis since its commissioning. Incorporated into a Geo. Kingsbury Machine Tools (now Burke Porter Group) test machine, it assesses axle NVH using a torsional accelerometer built into the input driveline.

Using three electric motors, the system subjects every axle to a torque sweep, from a representative drive torque to a represntative coast torque, while running at constant speed. The sweep and NVH data capture lasts just 15 seconds and the overall floor-to-floor cycle time of the machine is approximately 42 seconds. This is achieved by using a 2-station (load and test) 180-degree turntable with robotic loading/unloading of the test machine.

PLATO is now widely valued as an essential tool for powertrain assembly quality control. Its acknowledgement as a production quality assurance technique lies in its speed, convenience and reliability, as Andy Rumble, Director - NVH Test, Quality and Business Systems, explains. “During development and pre-production testing, the customer establishes satisfactory NVH thresholds through in-vehicle testing, which enables subjective ratings for acceptability to be converted into objective data,” he says. “This correlation subsequently enables PLATO-equipped test machines to automatically assess each production assembly against defined limits and immediately identify any unit which is outside them together with pinpoint diagnostic information on failures. It has become an inherent link in a zero-defect supply chain.”

The importance of maintaining zero defect levels is underlined by David Bray, Applications Engineering Manager, Dana UK Axle. “We work continually to maintain our trusted supplier status with customers. In an age of Just In Time delivery, we have to ensure zero defects in order for the supply line to function correctly,” he says. “It would be very difficult to meet the customer’s NVH targets reliably and consistently without the safeguard of a system like PLATO.”

The system at Dana UK Axle tests front and rear axles and, when originally commissioned, was used on axles with cast iron casings.  In recent years, many axles have migrated to lightweight alloy casings. Despite the reduction in natural damping inherent with aluminium construction, the importance of achieving consistently low levels of NVH remained.

AB Dynamics worked closely with Dana UK Axle through every stage of system specification, installation and commissioning, to ensure that the optimum hardware and software configurations were supplied and that staff received suitable training. 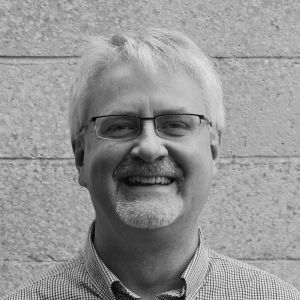