How close are we to fully autonomous cars?

At AB Dynamics we work closely with companies developing the latest technology to be used in driverless or autonomous vehicles. As a result, we frequently get questioned about when we think fully autonomous vehicles (level 5) will be on the road. It's a very difficult question to answer but here’s what we know so far.

A brief history of driverless vehicles

An autonomous vehicle, also known as a driverless car, robot car or self-driving car is a vehicle that can guide itself without human control. Driverless cars actually date back to 1925 when the inventor Francis Houdina demonstrated a radio-controlled car through the streets of Manhattan without anyone at the steering wheel. In 2003 the Toyota Prius offered automatic parallel parking assistance; Ford and BMW then introduced similar systems. In 2009, Google began developing its self-driving car project Waymo and in 2011 announced that autonomous cars had collectively driven 300,000 miles under computer control without one single accident occurring. It wasn't until 2013 (4 years after Google) that the major automotive companies including GM, Ford and BMW announced they were all working on their own self-driving car technologies. At the end of 2017, more than 2 million miles had been driven by Google’s autonomous car and now there are over 100 autonomous vehicle pilots taking place across 47 cities around the world, so the development work on driverless cars is happening at an accelerated rate.

In March 2018 a self-driving Uber operating in autonomous mode struck and killed a woman in Arizona, USA. The company then suspended self-driving car tests until December 2018 when it resumed testing with humans at the wheel.

This fatality had a negative effect on public acceptance and subsequently a number of organisations have formed to help alleviate these and other concerns around job losses, passenger safety and reduced freedom. These include Partners for Automated Vehicle Education (PAVE), the Automated Vehicle Coalition (AVC) and the Self-Driving Coalition for Safer Streets, with the objective of educate the public about the potential benefits of automated vehicles.

Studies have suggested that even when an autonomous vehicle is just 10% better than the average human driver, they could save up to 125,000 lives. The technology will continue to improve over time which could mean eliminating all road accidents and therefore saving 1.25m lives worldwide per year.

Autonomous cars should create a smoother flow of traffic and more efficient journeys, with deliveries on the road during off-peak times which would make roads quieter. On the premise that people wouldn't own a driverless car and instead use them as a ride sharing service, there would be a reduced need for car parks, garages and street parking, so this space could be used for paths and bike lanes.

Whilst the technology continues to be developed by experts in the field, the legal world must also devise legislation. Once the technology is understood and they know how it operates and functions, they can then understand what that means for anyone involved which will enable the creation of policies, regulations and practices.

If driverless cars do become fully functional, safe and accepted by the public it would mean other forms of public transport will be impacted – buses, trams and trains. Future government plans for high-speed rail lines may be unnecessary.

Some experts have suggested there would need to be a way to separate pedestrians and cyclists from driverless cars so that they cannot step out into the road and disrupt them, implying that traffic in urban areas could become very slow.

So what's the answer? In my opinion, we're not going to see full (level 5) automation by 2021, it will certainly take much longer than the media will have us believe. But there is such heavy investment in this technology that it could be sooner than we think. Human safety is our first concern at AB Dynamics – we work with OEM's and tier 1 suppliers to investigate future ADAS scenarios, enabling us to anticipate the products and software needed so that we can develop it in advance.

This is one of the most significant technological developments in the automotive industry's history, with the potential to save thousands of lives per year. It's going to be an exciting but challenging future and we are glad to be part of it. 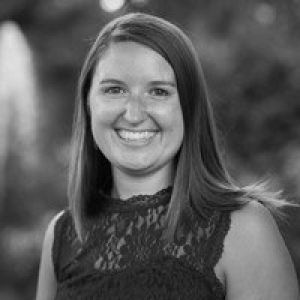 About the author Joanna Maddams

Joanna Maddams is a marketing professional with over 10 years' experience in B2B and B2C in the areas of manufacturing, media and hospitality. Her main focus at AB Dynamics is to improve customer communications across all channels including marketing collateral and events, exhibitions and conferences.