Car-to-pedestrian accidents are common in urban environments. To address these accident scenarios Euro NCAP have been testing and rating automatic emergency braking systems designed to prevent or mitigate collisions with pedestrians.

The first Euro NCAP test procedure was introduced in 2016. Since its introduction the test procedure’s scope has been extended to encompass protection of cyclists and accidents at junctions - click here to view this document.

Testing of AEB systems requires a soft target (adult/child pedestrians, and cyclist). The soft targets must then be fitted to an appropriate propulsion system capable of accurately controlling the speed and position of the target.

For the purpose of Euro NCAP testing, Euro NCAP labs make exclusive use of belt-driven platforms to perform these tests. The manufactures of approve propulsion systems are listed in Euro NCAP’s TB-029 which lists all equipment used in official Euro NCAP testing as well as their certified suppliers.

For testing VRU protection systems there are two certified suppliers, AB Dynamics and one other. Both suppliers offer belt driven platforms to meet the strict requirements of Euro NCAP testing.

This document compares certified and widely used belt driven propulsion systems with those that are not used in official Euro NCAP testing and reviews their suitability, capability and performance.

Euro NCAP testing is carried out exclusively using belt driven pedestrian targets such as those supplied by AB Dynamics.

The belt driven system propels sleds that can carry pedestrian or cyclist dummies. A single-belt option is available to allow for motion parallel to the subject vehicle. A powerful motor is used to achieve the required accelerations and velocities for both pedestrian and cyclist tests. Accurate positioning is guaranteed by virtue of a precision encoder measuring the motor angled used to move the platform and belt.

Some of the first pedestrian tests were carried out using overhead gantries. The pedestrian dummy being suspended from an overhead and motorised carriage that in turn can be controlled to move across the roadway to represent pedestrian motion.

1) Dummy is not in contact with ground – The dummy appears to be floating above the ground creating an unrealistic objective for camera detection and depth perception.

2) Fixed position – the fixed position of a gantry system prevents the flexibility needed to run the pedestrian target both laterally and longitudinally along the road path. As test procedures have developed to encompass junctions and intersections, portable propulsion systems have a considerable advantage.

3) Limited travel – the travel of a gantry system is limited by the infrastructure and cannot be easily extended.

4) Risk of test specific optimisation – the gantry is easily detected by vehicle sensors and could potentially be used as a cue that the vehicle is in a test environment. By using a sensor ‘invisible’ propulsion system test houses avoid this risk.

A propulsion system has been proposed that makes use of larger vehicle sized platforms and utilises a rigid arm ‘pedestrian arm’ attached to the propulsion system. The concept is not listed as certified in Euro NCAP’s technical bulletin TB29 and is not used and not approved for official Euro NCAP testing.

“6.3.1 Conduct testing such that there are no other vehicles, highway infrastructure (except lighting columns during the low ambient lighting condition tests), obstructions, other objects or persons protruding above the test surface that may give rise to abnormal sensor measurements”

The presence of a large moving propulsion system connected by long arm would therefore be contrary to the test procedure.

Official Euro NCAP testing is carried out using belt driven systems manufactured by either AB Dynamics and just one other supplier. The testing can be viewed in the video records stored on Euro NCAP’s website: www.euroncap.com

Although a variety of pedestrian propulsion systems are available on the market. The belt driven propulsion systems listed in Euro NCAP’s TB29 remain the only suitable and compliant solutions for carrying out Euro NCAP VRU testing according to the procedure at the current time.

Although alternative propulsion systems may be used and suitable for some specific test cases, they are not generally accepted for manufactures in-house development, Euro NCAP pre-tests or preliminary NCAP testing. This is because manufactures, sensor suppliers and test houses need to have the reassurance that their test methods closely match the methods employed in official Euro NCAP testing. 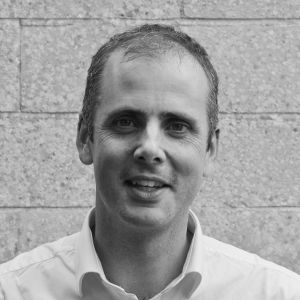 About the author Dr Andrew Pick

Dr Andrew Pick is Business Director at AB Dynamics and responsible for the overall strategic development of leading Driving Robot technology. Since joining AB Dynamics in 2005, Andrew has worked as a Project Engineer and more recently as Chief Engineer focusing on the development of test tools for Assisted and Automated driving. His current role not only requires scoping out new opportunities and applications for AB Dynamics' existing technology, but also to define the direction of future product development.