Even with a big increase in the fitment of ADAS (Advanced Driver-Assistance Systems) in recent years, U.S. pedestrian deaths are approaching an all-time high, having increased by 35% over the previous 10 years.

While ADAS technology is developing, the number of vehicles and drivers on the road is increasing, more people are walking to work and they're distracted by smartphones. America's fondness for SUVs and light trucks causes more deaths because the taller SUVs tend to hit pedestrians in the head and upper torso, causing more severe injuries, one report said.

Multiple, complex scenarios need to be created and be accurately repeatable so we can force emergency situations for vulnerable road users. This will test the vehicles' ADAS capabilities, leading to improvements once the results have been analysed.

At AB Dynamics, since 1982 we have been at the forefront of vehicle development, working with the top 30 OEMs, government test labs and NCAP labs worldwide. Our driving robots and controllable soft targets have been adopted worldwide as the first choice for ADAS testing.

We pioneered robot path following using a GPS motion-pack in 2001 and have been the market leader ever since. Our Robot Control software has been regularly updated to include all the functionality needed for ADAS testing.

The United Nations Economic Commission for Europe (UNECE), a key U.N. standards agency, has adopted a draft agreement which requires all new vehicles sold to come equipped with AEB.

The draft regulation was agreed by 40 Countries led by Japan and the European Union but not including China, USA and India. Following its adoption, the new Regulation would come into effect in early 2020. AEB systems would then become mandatory for all new cars and light commercial vehicles from 2022 in the EU.

Our range of ADAS targets builds upon the company’s decades of experience in precise motion control. The range includes whole vehicle targets and vulnerable road user (VRU) targets, all of which can be accurately synchronised with your test vehicle.

AB Dynamics’ Soft Pedestrian Target (SPT) has been developed to enable vulnerable road user testing such as the Euro NCAP AEB pedestrian procedure. The hardware and control software have been designed to meet the Euro NCAP specifications.

The SPT system consists of a drive motor, a belt and pulley system, and a sled to carry a soft target. The system integrates fully with AB Dynamics’ existing software and enables AEB pedestrian testing in multiple modes.

The AB Dynamics LaunchPad is a compact powered platform designed to carry Vulnerable Road User (VRU) targets for ADAS development and testing. With a maximum speed of 50km/h and full path-following capability, it can be used with pedestrian, cyclist and moped dummies.

Using AB Dynamics’ advanced Synchro capabilities allows for its motion to be precisely synchronised with the test vehicle and other ADAS targets.

If you’d like to learn more about how we’re helping the automotive industry reduce injury/death, please feel free to email me at lewis.waugh@abdynamics.com 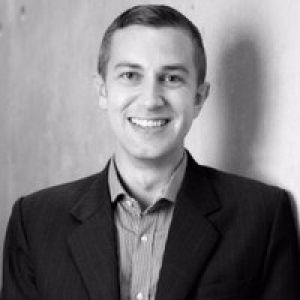 About the author Lewis Waugh

Lewis Waugh is sales team leader of track test systems at AB Dynamics and has over 10 years' experience in various technical sales roles. His main focus at AB Dynamics is to work closely with customers to ensure they always have the required systems and to deliver the information they need quickly and efficiently. Lewis also works closely with our engineers to help develop innovative solutions for vehicle testing.