In the last couple of decades, road vehicles have increasingly been developed to include smart driving assist features to help prevent driver fatigue and help to avoid accidents with other vehicles and static objects – these are known as advanced driver assistance systems (ADAS).

The relative simplicity of ADAS testing

Track testing of these ADAS features has matured and standardised such as with test definitions from Euro NCAP, NHTSA, and others. Using mobile platforms such as the Guided Soft Target (GST), LaunchPad, Soft Pedestrian Target (SPT), or real vehicles driven by AB Dynamics’ driving robots, these tests can be synchronised perfectly around a vehicle under test (VUT) using our patented Synchro software.

These innovations have allowed ADAS tests to be performed precisely, efficiently, and safely. Track testing an ADAS feature using one of our guided platforms has remained manageable since there is only one VUT and one other test object to consider - there are relatively few permutations to deal with in terms of the relative trajectories between the VUT and platform. For example, an automatic emergency braking system only needs to consider the relative speed, distance and time-to-collision of the car directly in front.

To an autonomous track testing future

The ultimate evolution of driving assistance features is to allow a vehicle to autonomously drive itself on public roads whilst not being a hazard to other road users – so-called autonomous vehicles. Additionally, both autonomous and human-driven vehicles will be connected in the next few years using Vehicle-to-Everything (V2X) technology. Vehicles will communicate with each other and to roadside infrastructure, such as traffic lights, to warn of hazards and dangers in the road ahead. These new complex technologies also require testing to ensure safe and reliable operation.

So how do we test these new systems? As we see it, autonomous vehicle testing has so far branched into four main categories, each with benefits and drawbacks:

With track testing of autonomous vehicles, however, the sheer number of permutations, variations in the scenario, and increase in road actors may seem like an impossible task – there are a near-infinite number of possibilities to test!

Whilst a large proportion of the testing can be carried out in simulation, the most hazardous or challenging scenarios will likely require track testing – and even with this constraint, the task remains daunting. Yet, there is no safer and more reliable way to test the complete autonomous vehicle system with close-in dangerous scenarios than by performing track testing with a swarm of robot-driven platforms.

A single scenario with one AV under test could require several platforms like the GST and LaunchPad for close-in manoeuvres, with a further fleet of real vehicles as additional background traffic actors that are either robot or human-driven. This scenario may need to be replayed several times throughout the day to get consistent and valid confirmation that the test has been passed. The scenario may be further complicated by adding other AVs into the mix when testing Vehicle-to-Everything (V2X) technology. There may be tens or hundreds of scenarios to test, so it likely that duplicate AVs are tested simultaneously on segregated parts of the track by different teams.

How to manage this complex new challenge

So how do we cope with this complex new world of track testing? Given the requirements for track-testing autonomous vehicles, our software and hardware solution for safety, logistics, and management of platforms must also evolve to cope with these new challenges.

With our Ground Traffic Control (GTC) system, however, we have not just made an evolutionary step, but a revolutionary step. GTC has been designed from the ground up, for the future of robot track testing, such as for the autonomous vehicle testing scenario described above.  GTC is a real-time test management and monitoring solution with many features to facilitate this new complex testing regime.

GTC uses a hub-and-spoke model where the real-time GTC Server will automatically connect to all robot-controlled test vehicles including the VUT. The GTC server continuously monitors the robot systems throughout the day. Any operator at a base station can monitor, command, and control vehicles using the GTC Software. The Windows-based GTC Software provides a smooth and intuitive interface with asset management, live platform state, and a map view that provides a smooth and continuous map from Microsoft Bing.

With so many robot-driven platforms on the track, you might ask, “Surely there are going to be more accidents?”

Well, with GTC, we have solved this problem by including an advanced collision detection and prevention algorithm that will monitor the trajectory of each vehicle to ensure they can pass near each other safely without colliding. The system will allow AB Dynamics’ driving robots and platforms to gently brake to yield, merge and queue along their paths. This innovation will dramatically reduce the risk of vehicle accidents on the test track. It does not require any extra sensor technology such as radar or lidar because we already know the accurate positions using accurate and reliable GPS based navigation systems.

This will help prevent collisions between vehicles, but how can we possibly manage so many objects on the track with a small team? In our experience, a single base station operator could only monitor and manage three to four robot platforms at a time, so how could we possibly manage a large test with 16 platforms?

The GTC system will allow multiple base station operators to connect-in and see the whole picture on the track. They can monitor all vehicle movements or create testing groups where they take control of any number of vehicles to start and stop their tests. This allows multiple, but separate tests to happen on the track whilst giving situational awareness to each operator. For large testing groups, multiple base station operators can team-up and control a more substantial robot testing fleet by sharing the workload.

GTC is not just a boost to autonomous vehicle testing however, it will also revolutionise the way that other track testing activities are performed. GTC can equally increase productivity and safety of other activities such as durability and fatigue testing, dynamics testing and general proving ground management.

Get in touch with AB Dynamics to explore how your track testing could be revolutionised by GTC. 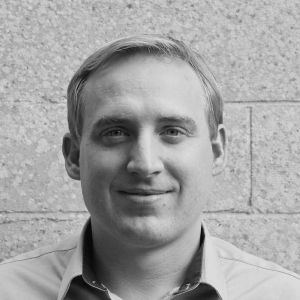 About the author Dr Richard Simpson

Dr Richard Simpson is Principal Systems Engineer at AB Dynamics and is focussed on developing new systems for future automotive tests. After gaining an Engineering Doctorate in Systems Engineering of Autonomous Vehicles at the University of Bristol, he worked as a research engineer for BAE systems before joining AB Dynamics. He has experience in developing real-time software for both existing and new driverless systems, and works closely with customers undertaking complex vehicle tests such as durability testing.